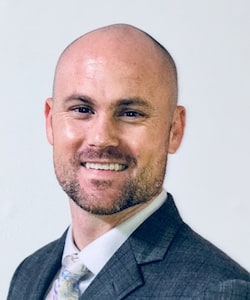 Attorney Gordon Langer is the owner and founder of Langer Law Firm Ticket Defense, and he is licensed to practice law in both North Carolina and in Florida. Gordon Langer double majored at Florida State University, receiving a Bachelor of Science in Finance along with a second and entirely separate Bachelor of Science in Real Estate. Mr. Langer received his Juris Doctor from Nova Southeastern University’s Shepard Broad Law Center, located in Fort Lauderdale, Florida.

Prior to entering the legal profession, Gordon Langer worked as the financial analyst for a privately held multi-billion-dollar real estate financing and servicing firm headquartered in New York City, New York. One of Mr. Langer’s many responsibilities was to evaluate the firm’s existing real estate loan portfolio and aid in underwriting new financing investments. Gordon Langer also headed Western Hemisphere operations for a multi-national sports equipment and apparel company based in Hong Kong. Mr. Langer’s time spent as a financial analyst and as an operations manager has provided him with a wealth of real-world experience that he draws upon today to provide his clients with the most effective representation possible, regardless of the type of case at hand.

While studying in law school, Gordon Langer became a law clerk for a large insurance defense firm located in Miami, Florida. This is where Mr. Langer began learning the intricacies of litigation at both the federal court and state court levels. He became intimately involved in a wide range of cases from condominium insurance fraud to assault and battery allegations. As a first year law student, Mr. Langer was already drafting successful motions in lawsuits and assisting with in depth depositions of key trial witnesses.

After obtaining his license to practice law in the state of Florida, Gordon Langer worked in Downtown Fort Lauderdale, Florida at a nationwide law firm as part of the aggressive outside legal counsel team for, among many other clients, the world’s largest company by revenue. Mr. Langer also helped defend the United States’ largest pharmacy chain and the nation’s largest cable provider against all types of personal injury lawsuits. His personal injury defense experience has proved to be an invaluable resource to his clients.

Gordon Langer then moved with his family to the beautiful mountains of Hendersonville, N.C., obtained his license to practice law in the state of North Carolina, and opened Langer Law Firm Ticket Defense. Gordon Langer began handling real estate closings and resolving matters for clients who received traffic citations and criminal charges. He also represented low-income parents in lawsuits instituted by the Henderson County and Polk County Departments of Social Services. It is from these humble beginnings that Langer Law Firm Ticket Defense began to grow and expand into other areas of law.

Attorney Gordon Langer now vigorously represents clients in all types of complex real estate related matters on a regular basis. Mr. Langer also focuses on successfully resolving a large volume of traffic tickets for his clients, with the primary goal of preventing his clients’ insurance rates from going up. His law practice also includes zealously representing clients who have been charged with crimes, clients who are facing family law crises, and clients who have been injured by the negligence of another. Gordon Langer represents clients throughout Asheville (Buncombe County), Hendersonville (Henderson County), Columbus (Polk County), and Charlotte (Mecklenburg County).

Client Reviews
★★★★★
After receiving a speeding ticket in North Carolina and was told I had to go to court I had no idea what to do.Never had a ticket on my license before. I got in touch with Mr. Langer. He took care of everything with very little effort on my part. He was kind considerate and very professional. I would highly recommend him for any legal issue you might need a lawyer for in his field. Thank you Gordon. Kimberley C.
★★★★★
I have used Mr. Langer's services for various things and I can't say enough good things about his professionalism and his dedication to his clients. In every situation that I've needed his assistance, I've been happy with the outcome. Mr. Langer is definitely someone I would recommend to family and friends if they needed legal advice and representation. Johnathan McCoy
★★★★★
Until we came to see Gordon, our situation was truly scary and confusing, but his professionalism, knowledge and expertise allowed us to feel assured that things were going to be alright during such a difficult time, and thanks to his outstanding work and dedication, (on such short notice), our case was settled with AMAZING results.. There are no words to thank Gordon for his hard work, dedication and true support when we needed it the most and there is no doubt that we hired the right attorney for the job! We highly recommend Gordon Langer and the Langer Law Firm Ticket Defense to anyone in need of legal services. Mark T. and Family
View More
Submit a Law Firm Client Review